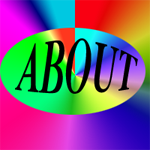 Where did the name Star Rose Arts come from?

A friend of Anne's, a wonderful artist by the name of Gail Barton drew a picture of a rose with a center that contained stars. Early in Anne's career, she made a similar rose whose center was a real galaxy. To Anne, both the rose and the galaxy are symbols of beauty and love.

Is it true that Anne Prather was born blind and became sighted after an operation?

Essentially, yes. The actual progression is a little more complex (and perhaps a little less dramatic). We want to make the details of Anne's story, including representations of her visual development and explanations of the technology she used, available so that other people who are mastering the art of vision later in life can benefit from the information.

No company ever starts in a vacuum. There are several members of the Star Rose team. There's Anne, of course, doing everything from typing HTML code to writing songs. Leslie Jordan is our intrepid proofreader and image processor. Steve Dixon works with us as an audio engineer on various projects. Claire Fant is Anne's Web design mentor and Internet elder statesperson—without Claire, this site wouldn't have even the small amount of polish it has. Look at the code and you'll see her mark, complete with ending comments for all div tags. Dave Harlan, Anne's brother, hosts the Star Rose site. Last but not least, there's Anne's husband of 30 years, Scott. He's the person who keeps the vision alive.

Where can I get all the nifty stuff I see on the right sidebar?

Right now the best way is to contact us. We're currently exploring options for retail sales. We also do some of the smaller shows, particularly those with an electronics or amateur radio theme. Watch the site for details.